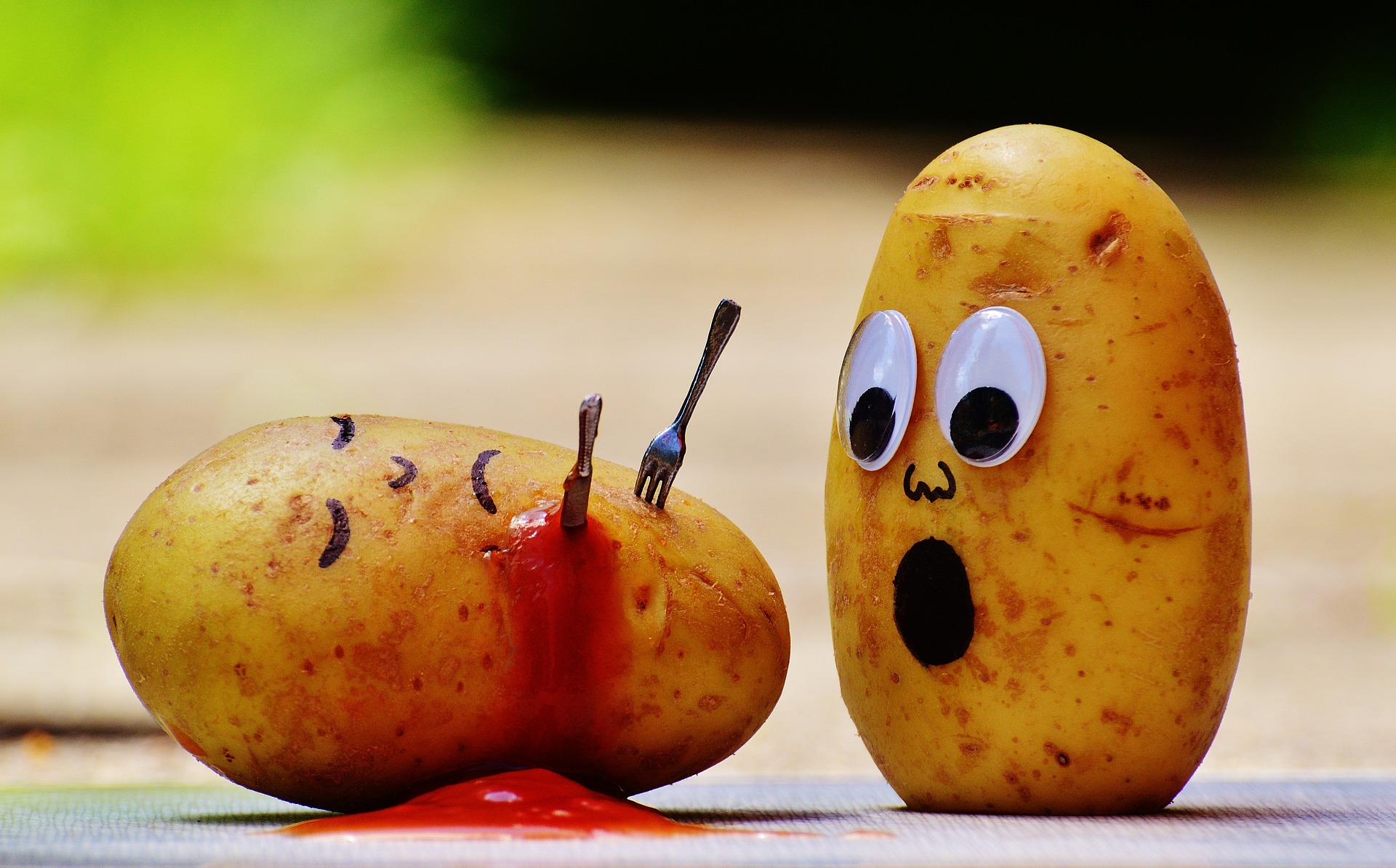 Polarity is increasing and people are taking sides, ready to rip each other’s throats out. Random acts of violence are everywhere. Elites plunder and hoard the wealth. Nations vie for power and make war to get more. Where will it end?

You see what’s going on out there. People are at each other’s throats. Random acts of violence are everywhere. Elites are hoarding all the wealth, and grasping for more. Those who are addicted to power play their games of manipulation and control, always working to advance the interests of “their side.”

It’s like those who distort toward service-to-self are sensing the sands of their hourglass are quickly running out, and they’re all trying to get while the gettin’s good.

And it’s a glorious time to be alive in this 3D incubator of our souls. The prospects for advancement, along with their attendant risks, have never been greater.

The result is an ever-escalating war between polarities, with neither side gaining absolute control as their opposites quickly rise to thwart efforts to impose wills on those who don’t look, see or act like they do.

It ends only when both sides achieve their mutual destruction, or realize the futility of their efforts and give up the chase of victory for one side or the other.

Many, though, are evolving beyond their games. Efforts to tweak their fears and desires no longer goad then into battle. Instead, something inside is calling them to stay out of the fray and find refuge where they can be at peace and in joy despite the chaos and conflict all around — not to mention find a little prosperity along the way.

Perhaps you’re one of them. If so, there’s a voice whispering inside to show you the way. All you have to do is choose to listen and follow it.

It will lead you home, and to a better tomorrow along the way.

I’d like to close with a song from back in my day, when things in our country were also in turmoil. It was a difficult and challenging time on all sides of the issue — which at that time was a war between the same forces at work in the world today.

Some of its words keep running through my mind, just as applicable now as they were then:

Into your life it will creep

It starts when you’re always afraid

The man come and take you away.

I know you’re afraid. Deep inside you do, too. Face it. Immerse yourself in it. Then let it go.

A better life is waiting, as well as a better world to live it in if you can move beyond the energies of conflict swirling through your world.

I know you can do it.

PS. I wrote about these Polarity Wars a while back at PeaceOptions. It still applies today. I even wrote a thread for it on Twitter. You can read the ThreadreaderApp copy here. It’s important enough to reproduce below.

Some observations on increasing polarity, separation, and the escalating conflict in our society.

We are all being pulled towards the extremes of our polarity, making it harder and harder to listen to, much less see other sides on the issues before us.

These polarities are reflected in the desires we try to impose on our common reality, and the government and institutions by which our society operates.

A our desires bump up against the desires of those of opposite polarity, we clash in conflict, playing out in the social, political and culture wars so breathlessly reported in the news.

It’s as if we can’t get enough of the fighting, eagerly seeking out each new day’s ration of hate served up to separate us even more, playing on our deepest emotions and beliefs about how things should be.

We’re quickly moving toward taking our conflicts from social media and airwaves to the streets as people can no longer control their impulses to express their frustration in anger and violence toward others and property.

It’s as if we’ve lost all capacity to restrain our worst attributes, and instead give them life by trying to impose our wills on everyone else to get our way.

To outside observers, and to awakening souls caught in the middle of this societal breakdown, it seems like the whole world is going nuts. So what are we to do?

Awakening to your inner reality brings responsibility to your outer world to bring your best attributes to every moment, something increasingly difficult when all around people are attacking us and what we hold dear.

Walking your talk is always a challenge for religious and spirituality aware folks. Living in this world of conflict makes that even harder, stealing your peace and dragging you into battles you don’t want to fight but feel forced to.

As a result, many who are awakening are pulling away from social interaction, choosing greater separation to avoid the emotional and other repercussions of outer conflict, suffering both socially and financially as they struggle to find their peace amidst the chaos and conflict.

Increased separation makes it hard to travel the path of service to others, especially when it calls us to bring love and light to those who only want to keep fighting.

Separation also makes it hard to serve yourself when getting what you want requires offering your wares to those who don’t want to be served, and drags you into struggle and conflict when you try.

Yet increased separation is the hallmark of these times of changes, challenging us all to find new ways to live together if we are to find our peace, much less have it in our outer world, or risk destruction if we fail.

The problems of our world reflect conditions in us that we must first address it we are to move beyond the conflicts that threaten our peace, happiness and safety. If not, we risk creating more of the same, escalating until destruction of the lives we know.

The answer lies on the path of return to oneness. Loosen the hold of your desires. Try to avoid engaging in conflict with those who want something else. Forgive them their trespasses, and seek peace with every breath.

You will not reach your your destination of oneness in this life, but you can move toward it. Or not, if your fears and desires become too much to bear. Draw upon the light for strength and wisdom. Love as best you can. Choose peace above all, for its the only way to get there.

God bless you indeed. May the love and light of the Infinite Creator guide you and bring you peace. Godspeed.