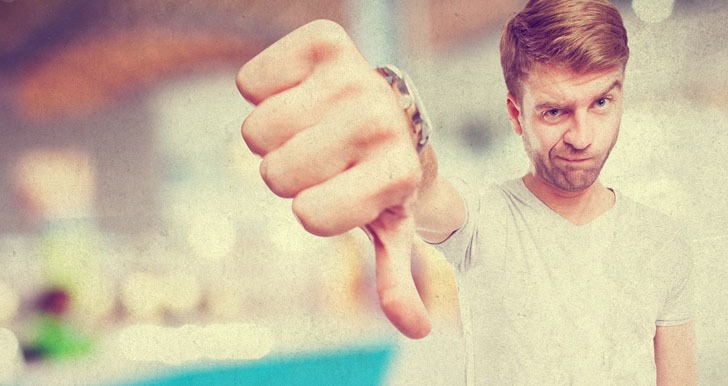 Too many fall prey to the lies and misinformation of media and government. Don't believe all you hear. Be careful what you let into your mind. Testing it with your intuition is a good start.

I don’t know about you, but I’m fed up with the media. Mainstream. Independent. Alternative. New Age. All of it. To me, most of it is pure, unadulterated bullshit.

Sorry for the language, but that’s how I feel. Lies. Distortions. Half-truths. Exaggerations. Narratives. They’re all around.

Mainstream news is worst. They’re always lying to us and shilling for big money and big government.

Alternative and independent media try hard, but many are partisan and their news is seeded with so much far-out stuff that it’s hard to know what to believe. And frankly, I take it all with a grain of salt.

I know many of the players mean well, or at least I hope they do, but frankly, they aren’t acting neutrally in good faith with rigid adherence to provable facts rather than supposition, rumor and innuendo. Instead, most are drum-beating for one side or another, building up those they see as allies, and ruthlessly criticizing, doxxing, ridiculing, canceling or otherwise tearing down those they don’t.

So I start from the assumption that they’re all lying to me, or feeding me some sort of distorted pablum to get me to think or do what they want me to.

You know me. If I’m told to sit down, I stand up. Despite the increasing polarity and demand that I jump into their fray, I try to follow the middle path as Buddha taught and not engage with all the conflict.

This makes it hard sometimes, especially when there’s not enough verifiable information to form a reasoned opinion. Because some people believe it because someone supposedly in the know says so. Me, I tend to want them to prove it, and take a wait-and-see approach. But most never do, spinning the facts to conveniently meet whatever narrative they offer.

The way it looks to me, too many of them just regurgitate theories and talking points passed along them, not as much to inform but to sway public opinion. They’re like the foot-soldiers of the information war designed to neutralize opponents and weaponize public relations to advance their cause.

For they are fighting a war where public opinion is the battlefield. Because if they can keep us uncertain of the truth and each other to boot, we’ll be too busy fighting among ourselves to even glance at our political and bureaucratic elite that work with corporate collaborators to plunder and abuse the power they’ve amassed at our expense.

Like I said, I may have leanings on various issues but I’m trying not to take sides in their war. At least, not just yet. That puts me in the cross-hairs of both.

Even in the space and spiritual realms I remain a skeptic. I’m choosing not to believe the words of channeled angels, masters or whatever. No ET communications either. No nothing. While I hold open the possibility of truth and find value in many of their channelings, there’s still too much that fails the test of my intuition.

To be honest, I watch and listen to it all. All sides and points of view. All possibilities. All arguments why I should think or believe or feel what they want me to. And then I set it aside.

Sure, some gets traction. They get me angry and frustrated and shaking my head at what our world has come to. But not for long. Because I know that the only way through this mess is to let go of what we believe and open ourselves to other possibilities, hopefully guided from within. And that all of this has to take place in order to set humanity free from the ways of will and conflict that have opened the door to such horrors of our past and present.

So what do I think you should believe? That’s up to you, and depends on a lot of factors. Only you can make that choice.

Believe what you want. Listen to what you want. Even feel free to share it with me and try to convince me of its value. But don’t be surprised if when you’re done you’ll feel you just wasted your breath. Because you will.

The more we hold on to what we believe and think we know, the harder it will be to survive the storm. But you do you.

Me, I’ll be blowing in the wind, confident that when it’s over I’ll be right where I need to be.