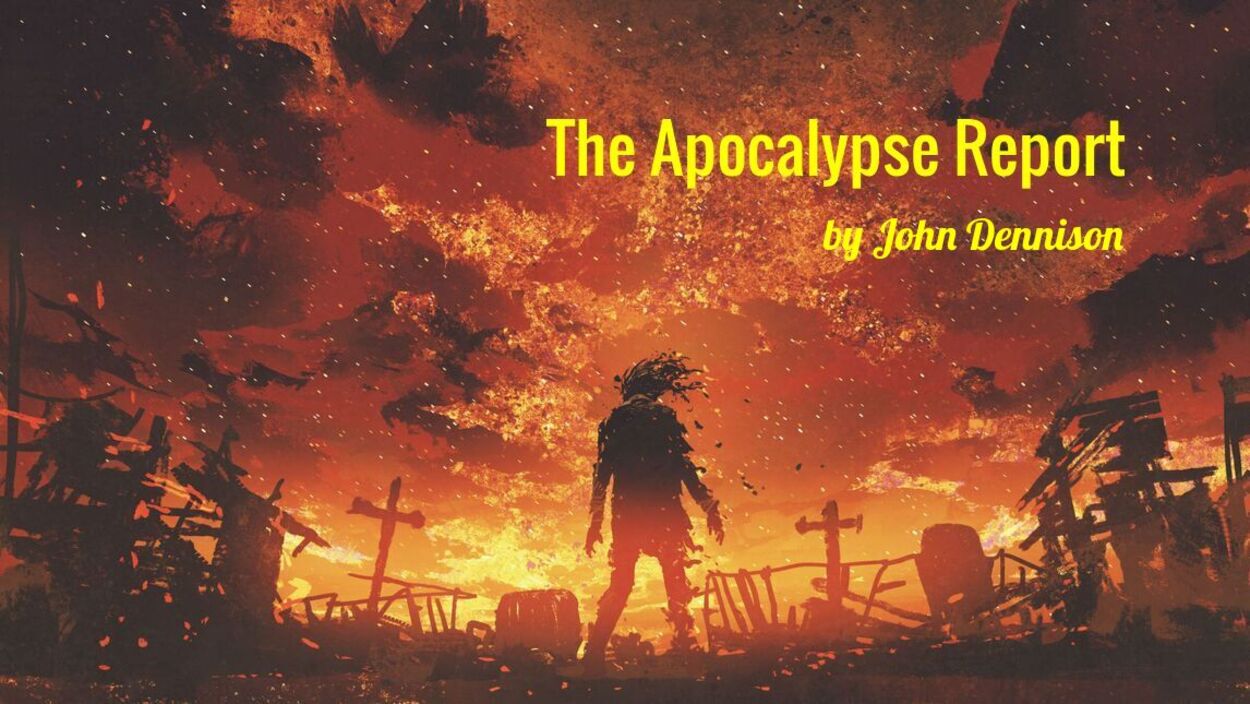 Check out my new Apocalypse Report on the issues and views awakening souls need to know to better move through a world in conflict.

I’m starting a new content series for awakening souls reporting the news and views on the ongoing Apocalypse impacting our world. Today will be the first installment. I hope you’ll periodically check it out, and bookmark it for future reference.

I’ll be sharing pertinent articles to help illuminate some of the issues facing those who are awakening, along with my views of how they might be seen outside the standard narratives of the mainstream and alternative media.

ZeroHedge is my daily goto news source. It’s the one I check first, probably because its heavy on economics, but it also provides a lot of no-bull stories on politics without most of the narrative bullshit I see elsewhere. Besides, I like that all of the posts are under the moniker, “Tyler Durden.” If you’ll remember, that was the name of the main character in Fight Club, and me being a martial arts guy, it fits. Anyway, here are three stories from today on the ongoing war in Ukraine, which I consider merely one front on the cabal’s war against humanity.

“What should NATO do? Eliminate the possibility of Russia using nuclear weapons,” Zelensky said in the provocative Thursday remarks. “I once again appeal to the international community, as it was before February 24: preemptive strikes so that they [Russia] know what will happen to them if they use it, and not the other way around.”

Yeah, right. Maybe if he’d grow up some (I hear they have leg-lengthening surgery now to make people taller — he could use another foot or so), he might start to see things a different way.

US Buying $290M Worth Of Anti-Radiation Drugs for Use In “Nuclear Emergency”. Cool. Maybe they do want to save some lives that would be impacted by their asinine war policies, but I think it’s just more fear porn to get us in the mood to give them more money and power. They couldn’t kill enough of us with the vaxx (though they certainly tried, and their handiwork on that front is still ongoing as the death and vaxx injury count continue to rise), so I wouldn’t count on it being of much benefit. Instead of stocking up on idodine like other countries, they’re doling out more cash to Big Pharma to buy the drug Nplate from Amgen. Sounds like they’re doing the Ivermectin/Hydroxychoriquine two-step again, turning away from cheap alternatives to send tax dollars to their drug company benefactors. Same characters. Same tired old story.

Biden Warns ‘Nuclear Armageddon’ Threat Back ‘For First Time Since Cuban Missile Crisis’. I played this game when I was a kid and they had us hide under our desks in nuke drills during class. These bozos who somehow get in power keep playing with fire and expect not to get burned. Will they ever learn that those things can kill you? Besides, they wanted this war, forcing Russia’s hand last winter by refusing to do any kind of compromise, and now they’ve backed themselves into a corner with no way out.

In short, they’re telling us that they don’t want peace; they want war, and we the people will get it whether we want it or not.

Whose side are they on?

We already know Biden and company are dancing the to tune of the World Economic Forum, Bill Gates and the United Nations’ plan to control and depopulate the earth. Why else would they be pushing policies that are destroying the economy, crushing supply chains, and beating the war drums on multiple fronts at the same time?

Money, of course. Probably with 10% for the Big Guy and his cronies of the billions they’ve already spend, and trillions more they’ve got our checkbook out to write. Not to mention advancing the hold of their surveillance state and weaponized institutions against we the people around the world.

But the more I look at it, the more I wonder whether there’s really a war going on at all, or if it’s all just another show staged for the cameras to manipulate us into doing what they want — like dying, or at least lying down so they can put their boots on our throats?

I just heard about this blog over at Anti-Empire Report that I’ve just started to read because I like to get other views, and one of the writers there raised the same question I’ve been pondering. Like, whose side are they on anyway?

His article is on Putin, raising the possibility that Putin is trying to LOSE THE WAR. I don’t have an opinion on that yet. But then, I don’t root for either side. I stand for peace, and neither one wants it.

Instead, my question comes from the fact that Putin, like Zelenski, Trudeau and so many other world “leaders,” was a graduate of the WEF’s young leaders program. And that makes me go, “Hmmmm.”

So here’s the article:

If Putin Was a 5th Column Traitor, What Would He Be Doing Any Differently? While the author never takes that stand, just raising the question made me think of the WEF connections and their intentions to set up a one-world government. And what better way would be than to take Russia down in flames (actually, mushroom clouds might be more what they have in mind), while at the same time cutting the legs out from under the West, especially Europe, with this contrived energy crisis they’ve foisted upon all of us.

Give it a read. It will make you think. Like always, draw your own conclusions.

Last but not least, a word from Clif High – Dread.

Clif High is one of the most entertaining free-thinkers out there on the Internet. He’s gaining a lot of notoriety in white-hat circles for his analysis and prediction of events, not that I share his views on most subjects.

He’s really a doom-and-gloomer, which is how I see a lot of the alternative narratives being shared around the web. I tend to see it all a bit more optimistically, that humanity will rise to the occasion, though it’s going to be a rough ride until our consciousness expands to the point of demanding something better.

But the powers that be are doing their best to bring about that consciousness with all the games they’re playing and harm they’re doing along the way.

Clif hasn’t always been right (in fact, I’d say most of the time he isn’t, at least on the timelines and specific impacts he discusses), but he does make me think and see things in a different way. This is his latest.

I haven’t watched it yet, but will now. Why not sit back with a cup of java and enjoy it with me. It’s always a good show.

Anyway, that’s enough for today. I can’t find my hip boots to do any deeper wading at the moment.

November 21, 2022
Apocalypse Report – Expand Your Perspective – Don’t Get Stuck on One Side